You are here: Home How To

Apple’s Mac computers might not sell as much as the company’s smartphone units, but the Mac-loving community has witnessed an unprecedented growth in the past few years. Needham analyst Charles Wolf wrote in 2011 in an investment note to Apple that Mac shipments have grown at a faster rate than the PC market for 5 years.

And a more recent research report by analyst Benedict Evans states that Apple sold more iPads, Macs, iPod Touch devices and iPhones than the entire PC industry in the holiday quarter. This was the first time Apple was able to surpass the PC market when it comes to hardware sales, according to the data.

That said, these computers aren’t invincible by any means; hackers are quite aware of the false sense of security among Apple computer owners, and they are continuously developing sophisticated measures to compromise their security.

Don’t let the Mac security myth harm your personal data and system. Here are some easy ways to improve the security of your computer:

Get internet and social networking security

Several viruses that infect Mac computers surface from the internet and social networking sites. Faronics cites a study that revealed that the number of data breaches geared towards social media users is on the rise. Koobface was one of the prolific malware program; hackers used it to infect Mac and Windows PCs of social media users. In the first half of 2013, there were nearly three times as many data breach incidents involving this malware.

Also, new web threats are managing to bypass browsers commonly utilized by Mac owners. Both Safari and Google Chrome are vulnerable to malware and viruses that surface from the internet featuring a malicious code that modifies system files for breaching system data.

A virus-protecting solution is the best way to keep such security issues at bay. Trend Micro notes that there are programs available that block viruses and dangerous links as well as protect Mac users against spyware and malware. Additionally, users should look for a solution geared towards social protection to prevent threats surfacing from social networks.

One of the simplest ways to increase security on Mac computers is to develop the habit of keeping your system software up to date. You can find the available updates by clicking on ‘software update’ under Apple menu.

Software updates are usually available for programs that make up the Mac software system such as iTunes, but Apple also frequently releases important security revisions in the form of such updates.

Looking for more convenience? Automate the system update process by going to the system preferences window selecting the ‘software update’ icon. This will let you choose how often you would like the system to check for updates.

Backups are not normally categorized as a security measure, but they would keep your data safe should your system get infected despite security measures. Apple makes it easy to backup with the built-in Time Machine feature – it backs up your system to an external hard drive.

Alternatively, you could use Apple’s iCloud for backing up your data, and other cloud backup services such as DropBox and Box. The wisest decision would be to keep backups of your system data both offline and online.

At the end of the day, remember that there is no silver bullet to make your Mac computer completely foolproof against security threats, but these simple measures would greatly improve your computer’s resistance against them. 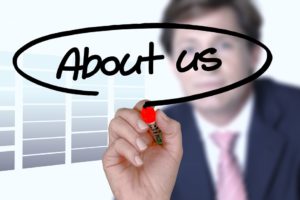 How to create a converting About Us page 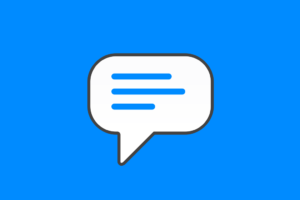 Planning For Online Business, Here Are The Solutions

How Business Intelligence can Work Jointly with Online Marketing