You are here: Home Articles

WordPress is a very popularly used CMS platform and it’s been delivering great value to developers and businesses by helping them improve business processes and generate better brand awareness. This is the reason why people have huge expectations whenever a new WordPress version is launched. Sometimes these versions meet expectations, at other times, they exceed expectations.

WordPress is constantly updating its version with new features, and as can be imagined, developers, designers, industry experts, and businesses expect a lot from it.

So, let’s take a quick glance at its most updating features and see whether it’s delivered on these expectations or not.

The WordPress makes one thing clear right from the start; it is not about the front end so much as it is about the backend. The focus of the new release is on improving the backend of this platform that comes in for a lot of criticism from demanding developers. Something else that you must know is that the new version is the company’s first release built using the new plugin-first development process.

Every new release of a popular platform usually has some big improvements in store for users and the every new version of wordpress is no different. Users can experience major improvements in three critical areas namely Updates, Passwords, and Support. These are essentially the three areas that were always seen as the bugbear of WordPress.

So, let’s take a closer look at the big changes that have taken place in these areas:

Remember those irritating maintenance and security updates that had to keep track of and download when available, well they won’t nag you anymore because WordPress sites can now automatically apply updates for minor releases. These will be updated in the background via SSL, but remember the keyword here is ‘minor’ and not ‘primary’ releases. What’s more, the process of updates has become more secure than it ever was. That’s another weight off your shoulders.

WordPress will now make better password recommendation by recommending complex, long and unique passwords. The password meter on any new version of WordPress, can recognize the mistakes that lead to the creation of weaker passwords. So, it can identify keyboard patterns, and even pop culture references to ensure nobody gets into the site because they could crack your password. Coupled with the Login Lockdown, you will now have a more secure WordPress site on your hands.

If you’ve always wanted your WordPress website translated in Spanish, but have been avoiding it, for lack of global support, the new update in WordPress, ensures quick and complete translations for the local version of your WordPress site. So, go ahead and target your website’s Spanish audience and also support social media by Social Media Plugins for WordPress.

Just these three or there is something else? These three are the big improvements in updated version of WordPress, but there are other features that it brings to the table as well. Let’s take a look:

The new version enables developers to retrieve a list of all sites in a WordPress multi-site network with wp_get_sites () function. Developers, who were tired of using direct database queries, will appreciate this new feature.

Apart from these there are several miscellaneous updates that this version brings to the table. The platform is now more accessible than ever and the in-system document as well as the codex has improved by a long way. And yes, it’s also got rid of plenty of bugs that were affecting its functionality.

So, what’s the verdict – Good or Bad?

Updated versions, is definitely an improvement on the older version of WordPress and its brought in plenty of improvements that were really needed by developers. WordPress as a platform is being given stiff competition by its competitors like Drupal and Joomla! , there is no doubt that this release gives developers still in two minds about using WordPress, more reasons to use this platform.

Currently version 3.8 is coming out, so are we looking at a faster release cycle for WordPress updates? Will we see new version of WordPress releasing before the year’s out. Let’s wait and watch. We are in for some good times, either way.

Aanya Dsouza is a WordPress technology consultant associated with Rightway Solution – WordPress Web Development Company. She is a geek who develops WordPress Sites for Rightway Solution  and a social media addict, who loves blogging and tweeting. Connect with her on Twitter @AanyaDsouza and Google+  for any technology related queries and updates. 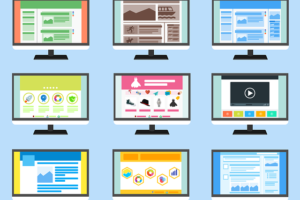 Pros and cons of CTA headers on your website 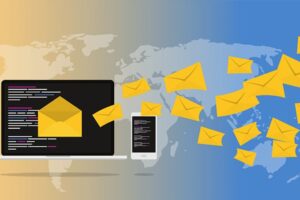 12 Tips To Increase Subscribers To Your Blog

THE IMPORTANCE OF MOBILE APPLICATIONS IN EVERY DAY LIFE