You are here: Home Resources

Web Development will always enlarge its presence as always. There are many platforms on which web development has been made possible and as a result of this the quality of web has been always improved. Developers might have designed and developed a website on computer, but did they ever try it out on Android? Many of the developers might not have experienced this platform, so for them here we have rolled down top HTML editors that are widely used on Android.

Downloading this, you will acquire a handy source editor directly to your pocket. It features syntax highlighting and also code completion not only for HTML, but also for CSS and JavaScript. It owns built-in virtual keys for the tags, bestows high support for undo and redo feature and other popular keyphrases. The developer can also avail dark as well as light color schemes.

This has gain popularity among developers as an unique mobile software and thus, it is widely used for web developing. The advantage of this platform is that it allows a user to develop its own PHP, html, javascript and many other pages. One can also edit other existing web pages. It features an option through which one can preview the done task using built-in quick view unit or web-server. Using FTP, one can also upload, manage and download files using FTP.

Here comes another amazing editor namely; 920 Text Editor. This editor is such that it will not aim at only web development languages; instead it also includes man other programming languages including Java, C++, Python and many more. As per the expectations of developers, it offer syntax highlighting as well as line numbering. The features are such that it allows a developer to work with high efficiency. One may also feel a lacked FTP support, but it works amazingly well in contrast to other HTML editors.

Jota is deemed as a highly prevailing text editor as it bequeaths an incredible support up to a wide range of characters and it also works flawlessly with writing the source code. Under the tab namely; Preferences, the user can tailor font, search, view, toolbar, input and other various theme settings. Moreover, you can also add up the customized shortcuts.

DroidEdit is a well-known platform for text as well as source code editor and is exclusively designed for Android tablets as well as phones.

Above mentioned text editors can be the best choices in order to develop web especially on an Android devices. However, the fact is that specifically do not focus on web coding, still DroidEdit and 920 Text Editor are the best options. The reason being is that they are highly functional and even they offer a clear user interface. No matter, whatever is the case, all above mentioned apps privileges some or the other amazing features in order to provide an ease to the developers. There is one more advantage, that is, developers can finish off their editing and developing stuff anywhere and anytime using Android device.  So, if you are a developer, then whey waiting, just start up with downloading such lucrative apps. 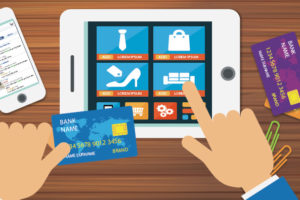 A Safe Way For Shopping Online 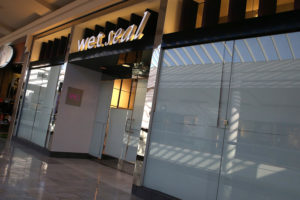 Where Are Best Places For Teen To Go Shopping?

Design Resources that cater to your every need

Is it Time to Upgrade Your Hosting?