You are here: Home Resources

Today, teenagers want to go to the mall. They want to shop alone, without parents, without their siblings there. Going to the mall is one of the best shopping experiences for teens. They get to hang out with their friends, talk to boys or girls. It’s a way of social networking for them outside of school.

Teens want to go somewhere where they can be themselves and be with their friends. The Galleria at Sunset is a huge mall, that’s very sunny and open. Light comes in through the ceiling and there is a huge food court and lots of stores to go to. It’s also near a Halloween store, Best Buy, and plenty of restaurants. Teens love this mall because there are so many popular stores there like The Gap, Forever 21, and Charlotte Russo. Along with tons of music and video stores and of course all the large department stores like Meryvn’s, Dillards, JCPenny, and Dick’s Sporting Goods. This is a two story mall which also affords the experience of running up and down escalators and stairs and yelling at each other from one level to another! Not that mall security much likes that, but it’s what teens want to do. Another great mall in Vegas is the Boulevard Mall.

They have a lot of the same great stores as the Galleria, however this is a very large and long mall. All one story and on a main street in Vegas, near tons of fast food restaurants and not far from the high schools in the area. This is also one of the only malls in Vegas where you can find a Hello Kitty store that sells everything Hello Kitty along with all the other Hello Kitty friends. Some of the higher end malls that teens want to go to are at the casinos. During the day they can definitely be there, at night it’s a little bit different and a lot busier. The Forum Shops at Caesar’s Palace, The Venetian, Planet Hollywood just to name a few.

These malls are very cool and have a lot shops and stores in there that your not going to find anywhere else in Vegas. Teens love these because there on the strip, in the heart of Vegas and there is so much to do at the mall and the casino itself. Teens want a fun experience while shopping so they can interact with their friends and get away from it all.

A Safe Way For Shopping Online

Design Resources that cater to your every need

Is it Time to Upgrade Your Hosting? 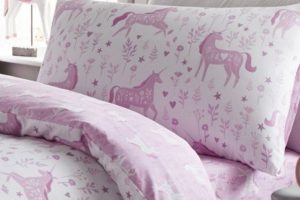